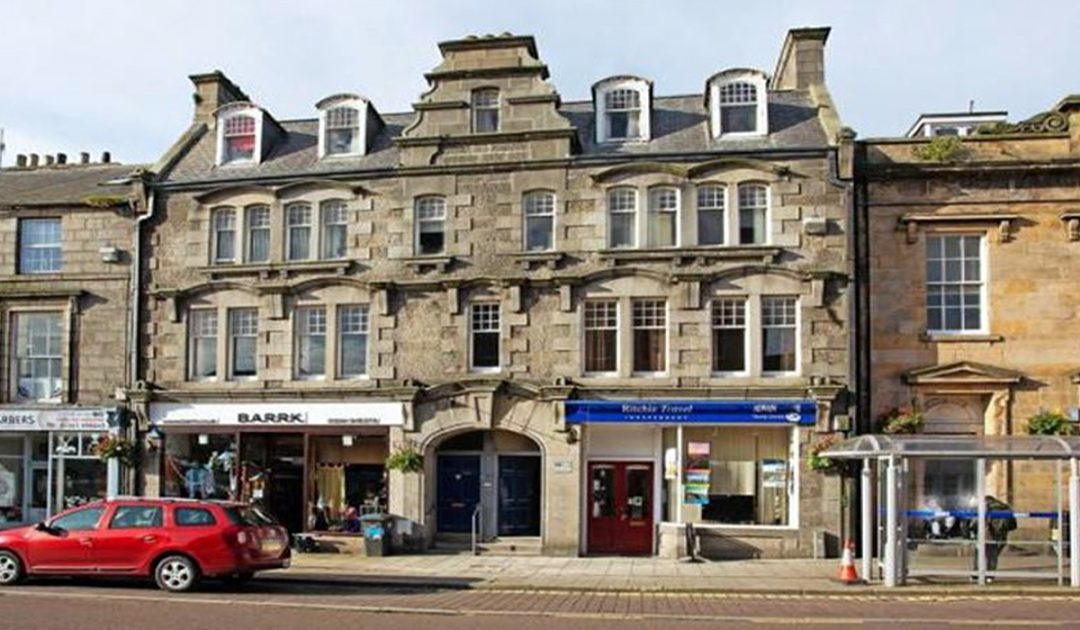 The property is situated on the west side of Low Street opposite it’s junction with Bridge Street within the town centre of Banff. Banff is an attractive coastal town with a population of 4,000, located on the west side of Banff Bay, at the mouth of the River Deveron, and lies opposite MacDuff, a fishing town of a similar size. Established in the 12th century and awarded Royal Burgh status, Banff has an historic central part which includes a wide variety of buildings dating from the 16th to the 20th centuries.